…we must remember that our own stories are nothing but garden-variety nonfiction. And that by knowing a bit about what nonfiction means, we can get better at telling and sharing them. 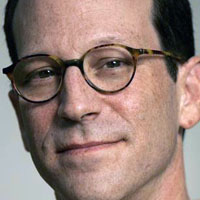 Scott Huler was born in 1959 in Cleveland and raised in its eastern suburbs. He graduated from Washington University in 1981; he was made a member of Phi Beta Kappa because of the breadth of his studies, and that breadth has been a signature of his writing work. He has written on everything from the death penalty to bikini waxing, from NASCAR racing to the stealth bomber, for such newspapers as the New York Times, the Washington Post, the Philadelphia Inquirer, and the Los Angeles Times as well as such magazines as Backpacker, Fortune, and Child.

His award-winning radio work has been heard on “All Things Considered” and “Day to Day” on National Public Radio and on “Marketplace” and “Splendid Table” on American Public Media. He has been a staff writer for the Philadelphia Daily News and the Raleigh News & Observer, and a staff reporter and producer for Nashville Public Radio. He was the founding and managing editor of the Nashville City Paper. He has taught at such colleges as Berry College and the University of North Carolina at Chapel Hill and has served as guest host on “The State of Things” on WUNC-FM.

His sixth book, On the Grid: A Plot of Land, an Average Neighborhood, and the Systems that Make Our World Work, came out in 2010, and his work has also been included in such compilations as Appalachian Adventure and in such anthologies as The Appalachian Trail Reader, Speed: Stories of Survival from Behind the Wheel, and Literary Trails of the Carolina Piedmont. His work has been translated into five languages. He lives in Raleigh, North Carolina, with his wife, the writer June Spence and their two sons.

Writers call these days the Golden Age of nonfiction – from “This American Life” and “StoryCorps” on the radio to every blog and Twitter feed and Facebook update in the world, we’ve never spent more of our time telling – and spreading – our stories.

And “nonfiction,” mind, isn’t something practiced only by black-clad Starbucks denizens hunched over their journals. Like M. Jourdain, in Moliere’s Le Bourgeois Gentilhomme, who was thrilled to discover that all his life he had unknowingly been “speaking prose without knowing anything about it,” we must remember that our own stories are nothing but garden-variety nonfiction. And that by knowing a bit about what nonfiction means, we can get better at telling and sharing them.

The stories masterfully told live at the Monti are nonfiction; the documentaries at the Full-Frame Documentary Film Festival are nonfiction, as are the stories told in print, in image, and in sound by the festival’s patron, The Center for Documentary Studies. The Triangle is awash in resources for telling stories, and this year we’ll use those resources, in person and online, to craft stories, to tell stories, and to share them with one another and with people hungry for story all over the world.