Crime fiction plays an important role in helping people examine the dark side of humanity. 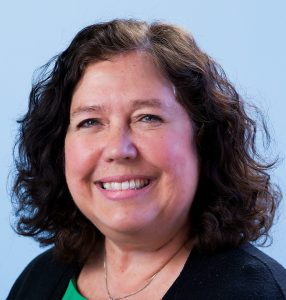 Katy Munger is a North Carolina-based author who has written 15 mystery novels since 1990 using several different pseudonyms. She is the author of the Dead Detective series, writing as Katy Munger and as Chaz McGee; the Casey Jones crime fiction series writing as Katy Munger; and the Hubbert & Lil mystery series, writing as Gallagher Gray. She is also a former book reviewer for The Washington Post and was a founding member of the mystery sub-genre known as Tart Noir. Most recently, she helped found the Thalia Press Author’s Co-op, whose members just released a group novel entitled Beat, Slay, Love under the pseudonym Thalia Filbert.

Her mystery novels span the gamut of crime fiction. The Dead Detective series has been described as thoughtful with comic overtones, featuring multi-layered books that take a deeper look at both life and death than most commercial mysteries. The Casey Jones series is a humorous, semi-hardboiled series set in the Triangle area of North Carolina featuring a female unlicensed private investigator and numerous recurring sidekicks. The Hubbert & Lil series takes place in New York City and has been characterized as using a “cozy with attitude” approach.

Katy Munger was raised in the Cameron Park neighborhood of Raleigh, NC and graduated from Broughton High School. She earned a BA with Honors in Creative Writing from The University of Chapel Hill, where she studied under Daphne Athas, Max Steele, Marianne Gingher and Bill Hardy, among others. Her late father, Guy E. Munger, was a book editor and columnist for The News & Observer for decades, while her late mother, Joan Taylor Munger, was an actress and journalist.

Although she spent 16 years in New York City after graduating from UNC-Chapel Hill, Katy Munger moved back to North Carolina in 1996 and made her home in Durham, where she still lives with her daughter, Zuzu Feller. In addition to her work as an author of mystery novels, she is the Director of External Relations and Communications for the Duke University Talent Identification Program (Duke TIP) for academically gifted students in grades 4-12.

Social media and mass communications have made the world a very scary place. News as entertainment has made it even scarier. Each day, it feels as if every atrocity committed anywhere around the globe is brought into your home and dropped at your feet. Until we learn to adjust and filter out these messages, most of which are irrelevant to our lives, fear will be a motivating factor for many human beings. Already, it is changing the way we look at our neighbors and treat one another.

In a world like this, mysteries and crime fiction play an important role in helping people examine the darker side of humanity. Crime fiction explores the psychological aspects of life and death, allows people to face their worst fears in a safe way, and — unlike the real world — nearly allows ends with justice being served and safety restored. If done well, crime fiction can also illuminate issues facing us as a society and encourage people to think about their role in facing these broader issues, all while entertaining people and encouraging them to think beyond their own lives. All of these elements make it among the most popular fiction genre today and unlikely to fade in popularity anytime soon.