Creativity should have no boundaries and dreams no fences. 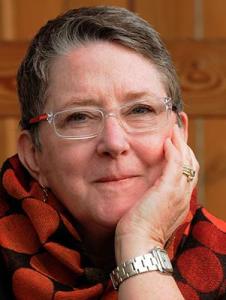 Carrie Knowles has been a freelance writer and arts advocate and organizer for the last 45 years. As a freelance writer she published dozens of short stories and hundreds of newspaper and magazine articles. Twenty years ago, she was the restaurant critic for the News and Observer. She has also written three books: a memoir called The Last Childhood: A Family Story of Alzheimer’s (Three Rivers Press, 2000) and two novels, Lillian’s Garden (Roundfire Books, 2013) and Ashoan’s Rug, (Roundfire Books, 2013).

Her latest novel, Ashoan’s Rug, is actually a closely linked series of short stories about ten people who owned the same prayer rug and how it changed their lives.

Carrie’s short stories have won numerous awards, including the Village Advocate Fiction Contest, the Blumenthal Writers & Readers Series, the North Carolina Writer’s Network Fiction Syndication and Glimmer Train’s Very Short Fiction Competition. Twice she has been named a finalist in other Glimmer Train competitions, and she was a finalist in the Doris Betts Fiction Contest and received an honorable mention in the National Literary Awards.

In 1994, she was awarded a North Carolina Arts Council Creative Nonfiction Grant to complete the work on her memoir, The Last Childhood: A Family Story of Alzheimer’s. This memoir has been noted as one of the top 100 books written about Alzheimer’s.

As an arts advocate she has been a board member for the Symphony Orchestra Development Association, Carolina Wren Press, Raleigh Chamber Music Guild, Burning Coal Theatre and the American Forum. She served as a judge for the Raleigh Fine Arts Society’s Annual Fiction Contest for eight years and was the co-coordinator of the Reader’s Series at the Hardback Café in Chapel Hill with Paul Jones and Georgann Eubanks.

Carrie and her husband, Jeff Leiter, have called Raleigh home since 1978. They have three children and one grandchild.

Eight years ago, Carrie Knowles bought a small office building at the southernmost edge of Historic Oakwood in Downtown Raleigh. She named the building the Free Range Studio and inscribed this on the wall: Creativity should have no boundaries and dreams no fences. “That’s how I see the world,” Knowles says, “and the way I hope to live my life as a creative person.”

The Free Range Studio has provided office space to a wide range of writers and other creative people over the last eight years, including Carrie’s close friend and fellow author, Peggy Payne. Both Peggy and Carrie not only have their offices at Free Range, but also coach other writers and teach classes there.